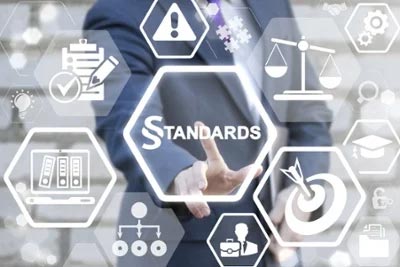 The EIA-748 Guidelines for Earned Value Management (EVM) have been in publication since 1998 when they were originally published by the Electronics Industry Alliance (EIA) as an American National Standards Institute (ANSI) standard, ANSI/EIA-748-1998 (note that EIA-748 Guidelines are no longer published as an ANSI standard and have not been for some time).

The National Defense Industrial Association (NDIA) is the author of the guidelines and have been updating them at least every five (5) years since their original publication, the latest version being EIA-748D, now published by SAE (but keeping the original EIA designation in the title). In each iteration since the 1998 publication, very little has changed. There are thirty-two (32) guidelines, which have all read pretty much the same for the last 22 years. But this is about to change.

During the last couple of update cycles, NDIA has received a lot of feedback for changes to be made. Some of these changes include simplifying (reducing the number of) the guidelines, eliminating redundant guidelines or guidelines that provide little value (Guideline 4 and Guideline 20 have been brought up many times), adding guidelines for the integration of risk, or even scrapping the guideline approach altogether in favor of a process-oriented approach like ISO or the Australian Standard.

But change is not easy for something as ubiquitous as the EIA-748 guidelines. Though they are applied to some degree in multiple industries, for major US Government programs and large US government contracts, they are baked into agency policies and FAR/DFAR contract language. The Defense Contract Management Agency (DCMA), and other Cognizant Federal Agencies (CFAs) that are responsible for oversight, use the 32 guidelines in EIA-748 as a basis for surveillance audits. The guidelines are the framework for the AAP Earned Value Management Systems Interpretation Guide (EVMSIG) and the DCMA EVMS Compliance Metrics (DECM) that are used for validation. Many organizations have internal policies and procedures that map to the 32 guidelines, and they are referenced in company System Descriptions, tools, and training materials. Any significant changes to the guidelines, no matter how much they may be wanted or needed, would require a lot of coordination.

For this reason, major changes have been rejected when they have been brought up in the past. However, during the last revision (rev D), the NDIA IPMD committee responsible for drafting the EIA 748 update acknowledged that feedback for change was overwhelming and agreed to begin drafting a re-write for EIA-748 E as soon as revision D was published. This would give the committee just under five (5) years to draft an update to the guidelines and adjudicate public comments, which are expected to be significant. At the NDIA IPMD 2020 Winter Meeting, the EIA 748 Committee gave a first look at the new draft in-progress. It is still early in the process, and a lot could change over the next year, but it is worth looking at now to see the direction things are going and to get prepared.

What is not changing

First, nothing in the EIA-748 E update will force a change to how you work if you already have an EIA-748 compliant system. It won’t change the tools you use, the procedures you follow, or any reporting requirements. The basics of how DCMA and other CFAs conduct validation reviews and surveillance won’t change, and the core of the EVMSIG and similar interpretation and implementation guides will stay the same.

The purpose of the next update is to clarify and simplify guidelines to make them more applicable, scalable, and easier to implement. The fundamentals of earned value management, especially as it is applied to government contracts, are not changing.

The most significant change in the new draft is the reduction of guidelines from 32 to 28. Some overlapping guidelines have been combined, while others (specifically guideline 4 and guideline 20) have been eliminated. Additional language has been added to emphasize management use, and other sections have been expanded or contracted for clarity. Members of the EIA 748 committee have summarized the changes as:

To support scalability, content that is considered to describe an attribute of a system has been moved to Section 3 where they can be discussed in more detail, providing better guidance on how to scale and apply the system for different types of projects.


An early draft of Section 2 can be found in this presentation from NDIA.

What does this mean for your organization?

It is important to note that EIA 748 E is not due to be published until 2022. Once published, any official references to the new version in government records will take even longer. NDIA is working closely with AAP, DCMA, and other government entities to ensure that EIA 748 E will be acceptable for application to government contracts that fall within the DoD 5000.01 acquisition framework.

For organizations with a validated System Description, at a minimum, the document will need to be updated to cross-reference the new guidelines. Internal policies, processes, procedures, and training that reference the current guidelines will have to be updated. Guideline-based surveillance audit materials will have to be revamped to audit to the new guidelines, as well as align to any corresponding changes to the EVMSIG and DECM metrics.

If you are looking for EVM guidance,

Michael is President of Pinnacle Management Systems. Since joining the company in 2000 he has performed in a variety of consulting and management roles affecting transformative change within federal agencies and suppliers, IT organizations, Engineering & Construction, Aerospace, Finance and other industries that desire to improve project and program performance. Michael is a Microsoft Certified Professional and certified Primavera trainer and consultant. He is also an AACE certified Earned Value Professional (EVP) and APMG certified trainer for IPPM. He currently serves as Dean of Scheduling for the College of Performance Management (CPM) and is an active participant with the NDIA Integrated Program Management Division (IPMD) and the Civilian Agency Industry Working Group (CAIWG). As part of his contribution to the industry, he helped author the NDIA EVMS Scalability Guide.