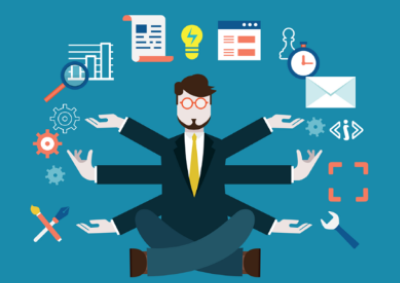 This is the third and final article in a three-part series.

Previously, in part 1 and part 2 of this series, I discussed how schedule pressure and various schedule compression techniques may manifest themselves unpredictably and with adverse effects on the project.

When pondering this correlation, it might be comforting to recall the age-old adage of, “haste makes waste”; my grandfather would always postulate. He would know. As a mechanical engineer working on high-risk projects including the NASA Space Shuttle, to him, it was important that it be done right the first time and every time. This precluded cutting corners to save time, especially with lives at stake. Certainly, NASA is no stranger to schedule pressure and hard and fast deadlines. But there is something else that has played a significant role in the ultimate outcomes of projects, including those at NASA; something not so easy to rationalize and fit into a nice square and comfortable box. What follows is a discussion of how history has been subject to great influence by the natural phenomena of chaos and complexity. This article makes reference to a technical document by the same author entitled The Chaos and Complexity of Mega Projects.

Chaos is a natural occurrence and at the heart of complexity is the essential notion that the future is inherently unpredictable. However, Project Managers, cost engineers, risk managers, executives, and shamans have been attempting to predict the future since time was time. Scientists and mathematicians have studied tirelessly how order and process arise out of chaos, and conversely, how erratic behavior devolves out of what seems to be the simplest of frameworks. Forecasting outcomes, with this in mind, could seem like an unconquerable task. Yet is this not what we expect those individuals to do on a daily basis, predict the unpredictable? In risk management, the unpredictable ambiguity of occurrence is referred to as aleatory risk, or risk variability that cannot be reduced throughout the course of the project. This includes what Nassim Nicolas Taleb describes as a “Black Swan” in his writing. But now that we understand the significance of it, what can managers do to harness chaotic forces and use them to their benefit?

Edward Lorenz, in 1950, described the chaos of his meteorological models as “the Butterfly Effect”. In this, the flapping of a butterfly’s wings in Kashmir could cause a great storm in Kosovo. Then, in 1990, two cost engineers sought to answer this question in an article entitled Predicting the Unpredictable. However, not until 1996, in an article by Jason Stillwell – Cal State Northridge faculty, public administrator, and city manager – does the most comprehensive answer arise.

1. Rely less on precise planning, but maintain sight of the mission while allowing the organization to evolve

2. Be responsive and act quickly to meet change, directing it in a positive direction

3. Be adaptive and flexible

4. Maintain a dynamic attitude and be capable of changing

5. Use chaos to your advantage

In its’ finality, the manager who understands and acknowledges chaos can direct that energy within the organization and affect positive progress on a much larger scale.

Do you agree or disagree with the above? Leave us a comment below.

to see Pinnacle's other blog posts.

for help with maturing your planning and scheduling organization.

Michael has more than 15 years combined cost engineering, scheduling, earned value management, construction and project management experience across a broad spectrum of industry and business. He leverages his understanding and knowhow with confidence. His ascendant vision is derived from diverse familiarity with Nuclear, Environmental, Oil & Gas, Mission Critical Commercial & Industrial, Transportation, and Higher Education projects. As a volunteer, Mike harnesses a passion for education and utilizes creativity to promulgate the project controls discipline. He is an active non-profit board member and contributes regularly in professional society. He will often appear as a guest speaker within the community while conducting educational outreach.